Here’s What New In MirrorFly This Month – July 2019

As individuals or business professionals, we’ve come to some certain expectation on making multiple operations within our mobile while having video/voice call interactions with colleagues or friends.

To put it in simple, the icky situation when all your Skype calls are locked on the same call screen which is unbearable to make other operations (background activities) during calls. With MirrorFly’s CallKit API, achieve the personalization and oh-so-good calling experience on iOS chat apps.

Here’s How the CallKit API Works:

Whether it’s an incoming or outgoing video call within your iOS apps, once it’s accepted by the user, the Callkit delegates the incoming call and handles the subsequent actions made on the screen without affecting the ongoing calls.

You’ll be able to make independent operations while having audio calls. With smart Callkit APIs, make multiple actions as per your wish during a persistent audio call with friends or business calls. 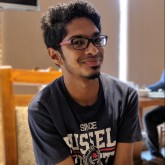 This guy is a blogging freak. He craves to blend the finest words to deliver meaningful, informative content in the most engaging way. This dude loves to craft content on tech blogs with a thorough piece of information. When he’s not writing, researching, or editing, you can catch him riding into unknown terrains and scribbling quotes.

5 Big Industries That Can Benefit from Video Conferencing Technology

We use cookies on our website to give you the most relevant experience by remembering your preferences and repeat visits. By clicking “Accept”, you consent to the use of ALL the cookies.
Cookie settingsACCEPT
Manage consent