Where the COVID pandemic lockdown has made everybody’s lives stagnant, it’s the gaming apps that have sparked the lives of millennials globally.

Yes! Gaming, the Booming Industry of the era, has acquired an undeniable growth during this period with the usage of real-time video gaming APIs and SDKs.

According to statistical data in 2020 the gaming industries have been valued at USD 173.70 billion, and expected to be valued at USD 314.40 billion by 2026, which has certainly turned the attention of all the other global industries.

However, we have to accept the fact that this is not the reach that has been acquired in a single night by these gaming industries. But, it’s all because of it’s gaming apps that have reached gamers globally in a short time using the best in-app game chats.

As a result, now most of the industries and developers are looking out for more information concerning these video gaming APIs and SDKs.

In this post I have talked about the variety of game chat apps including their market launch, highlighting features, etc., with their categories in detail.

Let’s start with the travel with a brief introduction over these video gaming app categories,

The 3 Categories of Game Chat App that Speaks

When it comes to video games, there are many types of games available to play in the market, some can be played on computers, smartphones, consoles, and some on tablets, all depending upon the games and their targeted set of audiences.

To be more specific about categorizing these games. They can be specified into three categories

To retain these audiences these social media apps have created a set of in-built games like Facebook live games, Houseparty games, etc., wherein their users can play and interact with other fellow users within the community and stay for longer.

Gaming apps under this category can be played only if they were directly downloaded from Google play stores in the case of android users, whereas, for iOS users they need to approach the Apps store.

Here in-order to retain their audiences, these real-time chat app for gaming and their development companies have launched these gaming apps which are particularly meant to play and chat. This includes PUBG, Fortnite, etc., wherein these gaming apps are built with live voice chat features, to add up more fun and entertainment for the gamers with better gamer engagement.

The gaming community is meant for dedicated gamers where the gamers can build their global gaming network and get more in tuned with both the gaming industry as well as with the specific gaming segments and related issues.

These discussion threads focus on reviewing games, news or guides for every gaming topic, and also help you improve your gaming ability allowing you to learn from other gamers by picking up their tips and tricks.

Gaming communities retain their gamers by offering a list of exciting online video games that the gamers can dive in and play anytime during the discussion including Discord, Twitch, etc.

Since, the above categories have given a great idea about these games and their communities, let’s have some more detailed discussion about the variety of games.

Ready to Build a Chat App for Your Online Gaming Industry?
Talk to Us

As of today, the market has introduced so many video gaming apps but among them only a few are mostly loved by the users for a variety of reasons – the type of app, player’s preference, the revenue model, the engagement tactics, and much more. 6 Top Most Gaming Apps in 2021

Therefore, Let’s have a look at some of these apps

Houseparty is the video calling game app that was released in 2016, but later in 2019 it was acquired by Epic Games, which in further run collaborated with Fortnite in November 2020, and launched the portal allowing the players to see each other during the multiplayer gaming sessions.

Houseparty has obtained more of global popularity at the start of the coronavirus pandemic but in March 2020, its reputation has been shaken due to some false rumours. But, still was able to make a minimal revenue of $1,55,000 in March 2020 alone.

Facebook gaming app was launched in 2018 by Facebook. In the beginning it has been started as an independent hub “FB.gg, which has given Facebook Live streamers a landing page to find streams and start a live stream.

Free Fire is a battle royale game exclusively built for mobile platforms that was released initially in 2017, but has obtained a global reach in 2019, by being downloaded by most of the gamers. According to the statistics, Garena’s Free Fire is one the second most downloaded gaming app in 2019 after PUBG chat app, which is with over 250 million downloads.

Moreover, Free Fire seems to be like a free online game, but it is not. And also it is considered to be another avatar of the banned PUBG ingame chat app when it comes to the shooting and other exciting and interactive features.

Call of Duty is a free video game chat software that was launched in 2003 by Infinity Ward with the first-person shooter designed for iOS and Android. It was based on World War II, almost like a game that is meant to fill the gap that has been left by the banned PUBG.

COD has been recognized as the best free voice chat games among all other games around the world. As per a report in 2020, it had over 250 million downloads and made a revenue of around $327 millions.

Twitch is one of the best live streaming platforms that was launched in 2011. From then, it has grabbed the attention of millions of users, with a total of around 3.8 million utmost broadcasters in 2020.

It provides an easy interface with the capability to stream their activity allowing them to watch in real-time. According to a survey in 2019, Twitch has made a revenue of around $1.54 billion.

Discord is a popular group-chatting app launched in 2015 by Discord Inc., which was mainly built for gamers to build their gaming community and talk. It provides it’s video chat app with voice, video and text-enabled features to connect their gamers at livestream to play games in real-time.

It is a free game chat software with over 87 million users, and is moving forward to reach the top most position among the $1.7 billion voice chat app market.

Well after a deep dive into the gaming world, Now let’s have some understanding about the in-app game chats – the foremost part of the post you must be aware of before building your video chat game app.

I hope this article would have given you much clarity about the video gaming apps and of course, its reach among the current generation. However, all this is because of the hidden key reason behind its success – the in-app gaming chat integrations.

Anyhow, this is one among the reasons for most of the developers to look upon to build their own video gaming app.

So, now if you are interested in pulling up more revenue with these in-app chat platforms then I suggest you to go for building your own video gaming app by approaching the market’s best video game chat app providers, and spread your reach across the world.

Share
The Virtually Connected Culture: Unleash the power of Video Communication Previous post
How To Combat Video Call Fatigue with These Smart Tips that Actually Works. Next post 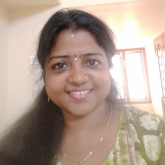 Vimala is an avid content specialist and marketer with a great flare for chat and video calling technologies. She pens down all things tech savvy while exploring the next-gen communication mediums. 10 Best APIs To Reinvent Your Telehealth APP in 2022 How To Combat Video Call Fatigue with These Smart Tips that Actually Works.

Looking To Build A Game Chat App with MirrorFly APIs?

Receive our weekly newsletter on web, mobile, and IoT.

GET A DEMO
We use cookies on our website to give you the most relevant experience by remembering your preferences and repeat visits. By clicking “Accept”, you consent to the use of ALL the cookies.
Cookie settingsACCEPT
Manage consent